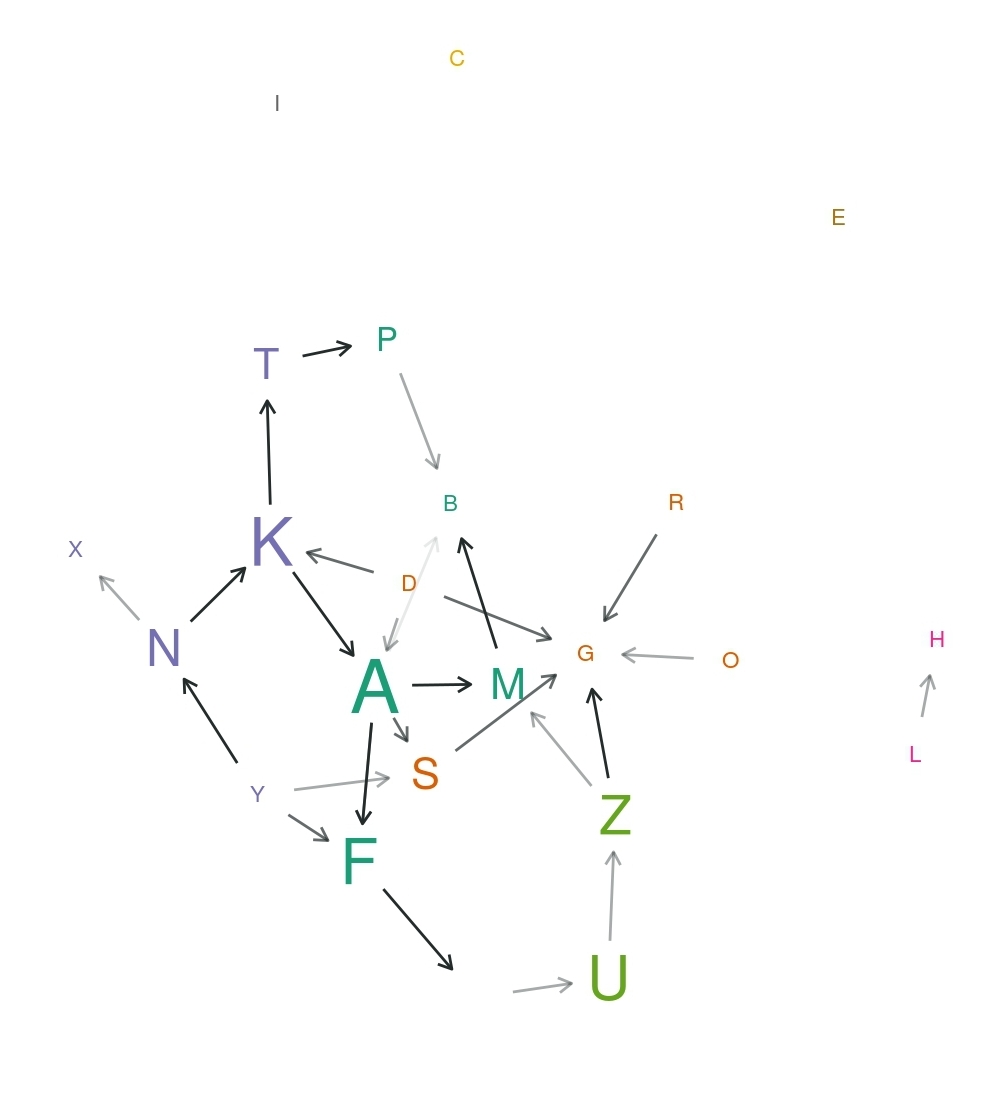 The game of trading favors among friends

From hold my beer to here’s my kidney, there’s Favorcon

Favorcon builds group culture by mapping out the favors you and your friends do for each other.

It’s not just bartering services between two parties who might never need what the other can do. It’s an social network based on multilateral trade.

I do something for you but don’t need your knitting. What I need is my gutters cleaned. Luckily, our mutual friend both cleans gutters and loves handmade scarfs.

Your balance in favorcon can go up or down, but your score always goes up. As long as you play the game, you get points no matter what, whether you’re demanding or supplying favors.

Your score increases more slowly as your balance moves away from zero and faster again as it moves back. No hording or freeloading! You gotta give and receive. 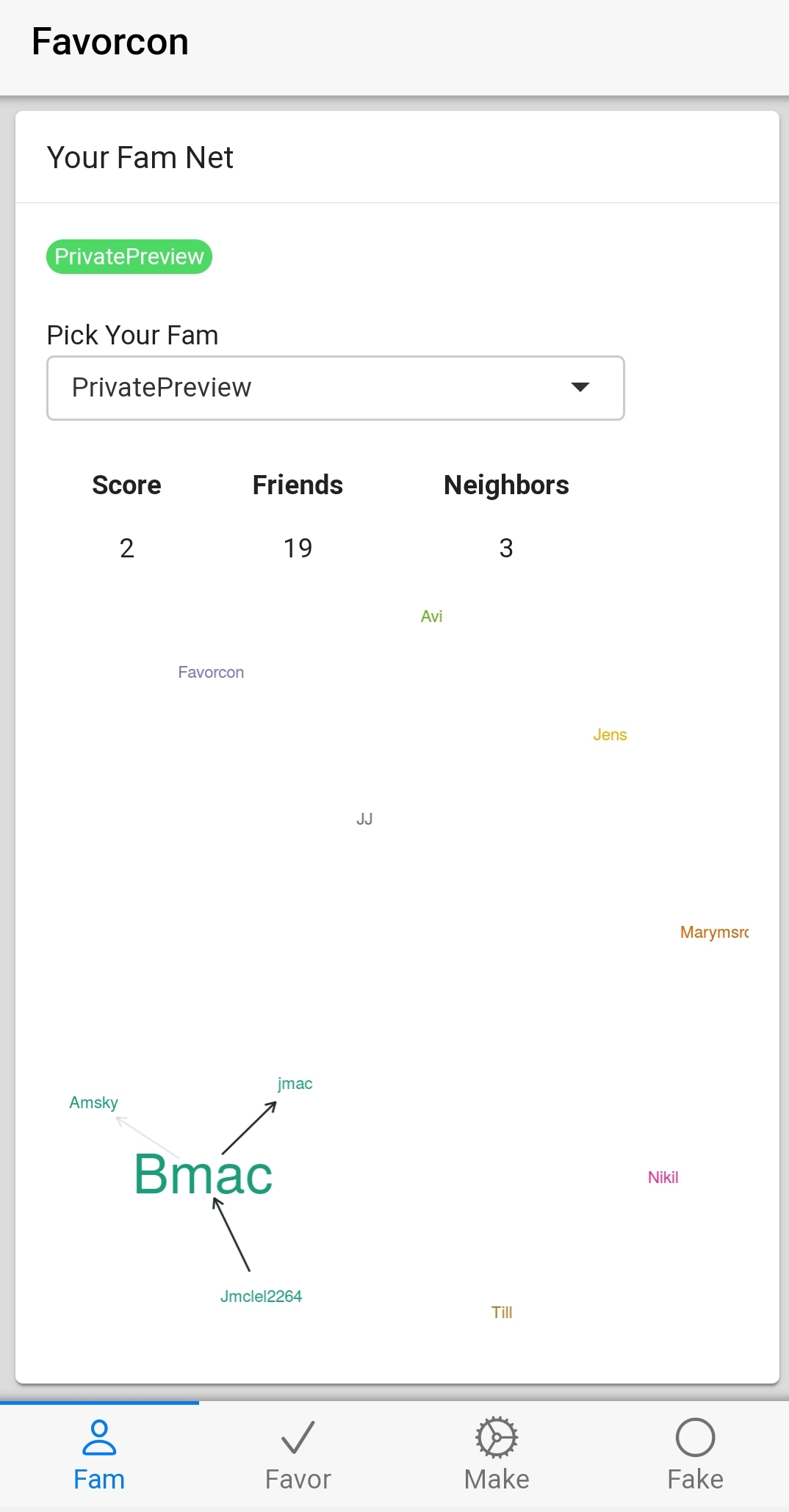 Bill here. I don’t like heights. Or ladders. So when it came up in conversation and a neighbor offered to clean my gutters for me, I wanted to take him up on it. But I didn’t. I didn’t know how I would reciprocate, and it seemed like more than a “hold my beer” kind of favor. In grad school my wife Amy and I and our two young daughters lived in an apartment complex with a lot of other young families. All of us exhausted dads and moms decided to start trading babysitting so we could actually act like married couples and go on dates together – or take a nap. Good idea right? What could go wrong? Well, it got imbalanced. Not because some couples weren’t pulling their weight but because some weren’t accepting reciprocation and actually going out on dates. Maybe they didn’t like each other, I don’t know. But they would babysit our kids, Amy and I would have a wonderful evening, and then we would never get the chance to return the favor so they could go out. Plus, there was no way for more than two of us to trade the favor back and forth at a time, no three ways, you know? So many awkward situations with friends and favors! It’s almost as bad as friends and money. Ghast! What about the sister and brother-in-law who invite your horde of a family to stay with them over Thanksgiving, and then Christmas, too? You’d never dream of offering to pay them, and they’d never dream of taking your money, but here you are, relying on the hospitality of loved ones with little immediate chance to pay them back. Of course, there’s alcohol, but bartering only goes so far. What if, heaven forbid, you had to stay with family who didn’t drink? Or they didn’t need what you had to offer? Whether you’re turning down a favor because you don’t know how to reciprocate, or feeling awkward because someone else has done something for you but won’t accept anything in return, or wishing your friend would just take your damn money or let you buy them a drink, you could use a favor trading app. Better, a game!

Rules to Nerd Out On

Player - you, anyone who plays Favorcon. Friend - any player who is a member of your fam(s), you can only trade favors with your friends. Fam - a group of friends who trust each other in real life and agree to the value of a favorcon, a player can be a member of more than one fam, you can only be invited and added to a fam by a current member, you or any player can create a fam with one other founding guardian. Guardian - a fam admin, a fam can have any number of guardians elected by all participating friends. Clan - the group of all the fams you are a member of, includes all your friends. World - all the fams any of your friends are members of, whether you are or not, you can only see and request to join a fam in your world, you can see some stats and notable events in your world, but you can only see player names, favors, balances, notifications, and public messages within your clan. Favorcon - in-game coinage, represents value of a favor as agreed upon by the Fam and set by the friends involved in each trade, anywhere from hold my beer to here’s my kidney. Supply - do a favor. Demand - receive a favor. Offer - tell your friends you want to supply a type of favor. Request - tell your friends you want to demand a type of favor. Favor - a single action performed for a friend in exchange for favorcon, has type and value, links friends together in a network, visualized as an arrow pointing from the friend who supplied the favor toward the friend who demanded it. Balance - in favorcon, equals sum of value of all favors supplied, minus sum of all favors demanded. Balanced - goal, zero balance. Score - what players want more of, never goes down, based on mutuality and other factors, optimized to encourage building the culture a fam wants. Mutuality - most important basis for score, equals total of all favorcon for favors supplied or demanded, minus half of balance, means your score increases slower as you move away from balanced and faster as you move toward it. Calc - how score is calculated, suggested factors in addition to mutuality include - largest fam minus number of (disconnected) neighborhoods, largest neighborhood minus longest street, number of (direct) neighbors, influence, reputation, largest clique minus the number of friends who have only done favors for members of the clique, largest favor supplied or demanded. Match - within a fam, a defined period of favor trading with special score, calc, and rules. Neighbor - any friend you have directly supplied or demanded a favor from. Neighborhood - connected group of friends within a fam who have supplied or demanded at least 1 favor from each other, a fam could consist of two or more disconnected neighborhoods. Clique - group of friends who have all done favors for each other, good so long as you have all done favors for others, otherwise bad. Hops (AKA doors down) - how many favors link you to a friend in your neighborhood (if 1 then they are a neighbor). Street - any path following favors between friends, longest street in a neighborhood is the largest number of hops between any two friends (is this good or bad?). Influence - the number of streets between friends that run through you. Reputation - based on Page rank, the algorithm Google made famous, named after its founder Larry Page, anyone who does you a favor increases your reputation (like a website linking to another website), and by how much is based on their reputation (like how many websites link to them), when a friend does you a favor, it means they trust you to pay it forward. 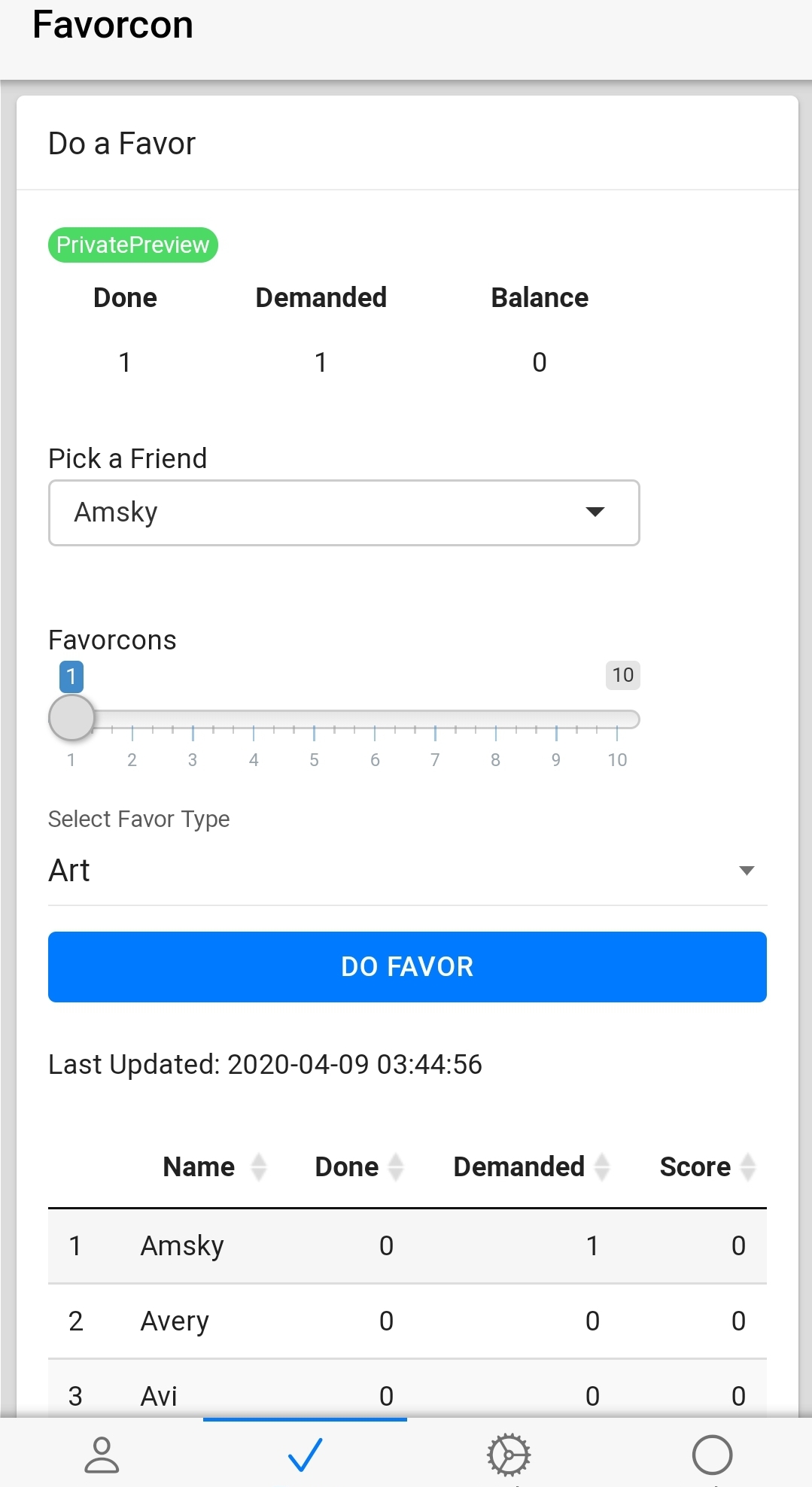 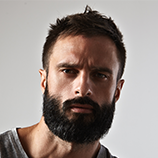